Due to many drug problems and illnesses Peter Green, who was a founder of the British band Fleetwood Mac, passed away at the age of 73. He was considered one of the greatest guitarists of his era before becoming a tragic casualty of the rock world. Information about the exact date, place, and cause of death, was not released. However, it is believed that it could have possibly been drugged.

Green was an English blues-rock singer, songwriter, and guitarist. As the founder of the
Fleetwood Mac, he was inducted into the Rock and Roll Hall of Fame in 1998. His songs, such as “Albatross”, “Black Magic Woman”, “Oh Well”, “The Green Manalishi” and “Man of the World”, appeared on singles charts, and several have been adapted by a variety of musicians. 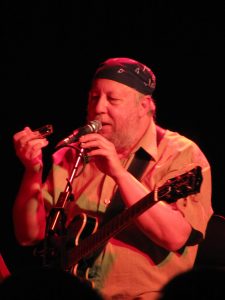 In 1970, Peter decided to leave his band due to how bad he was struggling with his health conditions at the time. It was later announced that he was diagnosed schizophrenia. Schizophrenia is a long-term mental disorder of a type involving a breakdown in the relation between thought, emotion, and behavior, leading to faulty perception, inappropriate actions and feelings, withdrawal from reality and personal relationships into fantasy and delusion, and a sense of mental fragmentation. The common age for this medical condition would usually start at the age of 18. It is very common around the world, in the United States their is usually more than 3 million cases of this every year.

In the middle of the 70s, Peter spent almost all of his time in the hospital fighting to get better. Green plus all of the other members of Fleetwood Mac was later inducted into the Hall Of Fame for Rock And Roll. When Peter left the band due to his health conditions, he had lots of time on his hands so he would still try to create and record new songs all through out the day. Sometimes if you were lucky he would show up to your Rock and Roll concerts and be a special guest for their show and perform a few songs. In the 1980s Peter went on and created a lot of solo albums and tracks with his free time. in 1997 he even decided to create and join another group which was called the Peter Green Splinter Group.

When Peter Green passed away at the age of 73 years old, Mick Fleetwood had told E! News in a statement that, “For me, and every past and present member of Fleetwood Mac group, losing Peter Green, our friend is a very monumental moment for us! Peter was the man who started the band Fleetwood Mac along with myself, John McVie, and Jeremy Spencer. No one has ever stepped into the ranks of Fleetwood Mac without a reverence for Peter Green and his talent, and to the fact that music should shine bright and always be delivered with uncompromising passion.” his statement continued “Peter, I will miss you, but rest easy your music lives on. I thank you for asking me to be your drummer all those years ago. We did good, and trail blazed one hell of a musical road for so many to enjoy, Godspeed to you, my dearest friend.”

This year in February Mick Fleetwood wanted to do an concert that would tribute the great Peter Green to remember his great legacy. “I wanted people to know that I did not form this band — Peter Green did,” Fleetwood explained in an interview with Rolling Stone. “And I wanted to celebrate those early years of Fleetwood Mac, which started this massive ball that went down the road over the last 50 years.”

In the United States, Green was best known as the composer of “Black Magic Woman,” which he first performed two years before it became an international hit for Carlos Santana. In his native land England, he was revered as perhaps the finest rock guitarist of his generation, ranked on the same level as Eric Clapton and Led Zeppelin’s Jimmy Page. Peter was and still will be a very big influence on the new and up incoming rock and roll artist through out of the years.

0
Last night on Tuesday, July 20, 2020, Kanye West had everyone confused and shocked from his late-night Twitter rant. Especially when Kanye came out...
Read more
Celebs

0
Johnny Depp reportedly accused and believes that his ex Amber Heard was sneaking around and having affairs. He believes it was with the star...
Read more
Entertainment

Social Media Marketing for Franchises is Meant for Women

0
People live better in big houses and in big clothes. I try to contrast; life today is full of contrast. We have to change!...
Read more
ABOUT US
Our Generation is your political news, entertainment, & music fashion website. We provide you with the latest news and videos.