Vanilla Ice to Be Played by Dave Franco in New Biopic

The 35-year-old Actor Dave Franco has confirmed that he will be doing a Biopic called “To The Extreme” on a 1990s rapper Vanilla Ice. According to certain resources, this specific Biopic was supposed to happen in 2019 but never happened because of certain complications and issues. So it has not even started its production yet. “We have been in development for a while but we are inching closer and closer to preproduction.”

Robert Matthew Van Winkle, who is better known by his stage name Vanilla Ice, is an American rapper, actor, and television host. He was born in South Dallas, and raised was in Texas and South Florida.

Ice released his debut album “Hooked” in 1989 on Ichiban Records, before signing a contract with SBK Records, a record label of the EMI Group who have won over 5 different types of Awards from Peoples Choice Awards, Golden Raspberry Awards, and a few others.

Ice’s best-known hits are “Ice Ice Baby” and a cover of “Play That Funky Music”. “Ice Ice Baby” was the first hip hop single to top the Billboard charts with almost 350 million views to this day and is still gaining views by every hour of the day and week.

“To the Extreme” is also the title of Ice’s 1990 album that included his hit single “Ice Ice Baby”. The Dallas-born star also went on to become an international sensation with a cover of “Play That Funky Music”.

In a recent interview, Dave Franco announced that they plan on working on it again soon. There has been no official date for the movie to restart the production. The production writer said and assured that “We have been in development for a while but we are inching closer and closer to preproduction.” He also let it know that he would like to do “To the Extreme” in the vein of “The Disaster Artist”, which he starred in alongside his brother James Franco who also directed it. 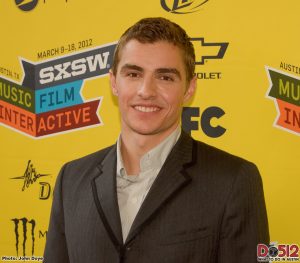 The 2017 movie is a biographical drama film about Tommy Wiseau and the making of a disastrous film “The Room”. “With that movie, people expected us to make a broad comedy where we make fun of Tommy Wiseau, but the more real we played it, the more funnier and heartfelt it was – that’s the tone we want for this one as well,” he shared.

Vanilla ICE played the success of the track into the release of To The Extreme, selling over about 15 million copies worldwide. The biopic is expected to chronicle his life “from a high school dropout selling cars in Dallas to having the first hip-hop single to top the Billboard charts,” while also exploring his “struggles with stardom, extortion attempts, and selling out as he makes music history.”

David John Franco is an American actor, who began his career with some small roles in films such as Superbad and Charlie St. Cloud. Following a starring role in the ninth season of the comedy series Scrubs, Franco had his film breakthrough as a supporting role in the funny, entertaining, and worth watching comedy film 21 Jump Street.

Due to the Corona Virus, Dave said he is going to be developing the Biopic with Ice while quarantining at home. Vanilla Ice plans on helping him by writing up some of the scripts with Chris Goodwin. However, so far there have not been any directors attached to this project just yet as of now. Franco said that “Rob (Vanilla Ice) is such a sweet and intelligent guy and he has been super helpful in the process of getting all the details correct and giving us some information the public doesn’t know.”

In my opinion, I believe that if the movie ends up having a good production and the actors take it seriously cast it could potentially be a good movie or Biopic. I also think Dave Franco is a good choice because he is an up incoming artist with great potential.

ACESHOWBIZ: Dave Franco Hopes To Make Vanilla Ice Biopic In The Vein Of ‘The Disaster Artist’

People: Dave Franco to Play Vanilla Ice in Upcoming Biopic About the Musician To the Extreme

0
Due to many drug problems and illnesses Peter Green, who was a founder of the British band Fleetwood Mac, passed away at the age...
Read more
Celebs

0
Last night on Tuesday, July 20, 2020, Kanye West had everyone confused and shocked from his late-night Twitter rant. Especially when Kanye came out...
Read more
Celebs

0
Johnny Depp reportedly accused and believes that his ex Amber Heard was sneaking around and having affairs. He believes it was with the star...
Read more

Your source for entertainment news, celebrities, celeb news, and celebrity gossip. Check out the website for the hottest fashion, photos, movies and TV shows!